In this article, we compare the differences between the Canon 77D and 80D, so you can decide which camera is the best model for you.

Released just one year apart, and being relatively close in price, the many similarities between the Canon 77D and Canon 80D are to be expected. The two models share many of the same features such as megapixel size, LCD screen and articulation, video resolution, and more.

Yet, there are a few key differences between the cameras which may be important to you depending on what type of photography you shoot and the features you need. Features such as weatherproofing, continuous shooting speed, shutter speed, and body design separate the two cameras.

Whether you’re a photographer tacking the plunge and upgrading to the 77D or 80D from your entry-level camera or an intermediate to an advanced photographer looking for a highly capable camera at a mid-range price, this guide covers the key details and difference between both cameras so you can decide which model is right for you.

The following chart shows the side by side specs of the Canon 77D and the Canon 80D:

Taking a look at the side-by-sides specs for these two cameras can help you get a quick overview of their differences, but it’s always helpful to dive deeper.

In this section, we’ll cover how these cameras compare on design, battery life, connectivity, weatherproofing, and pricing.

One of the biggest differences between these two models is their size, weight, and battery life. 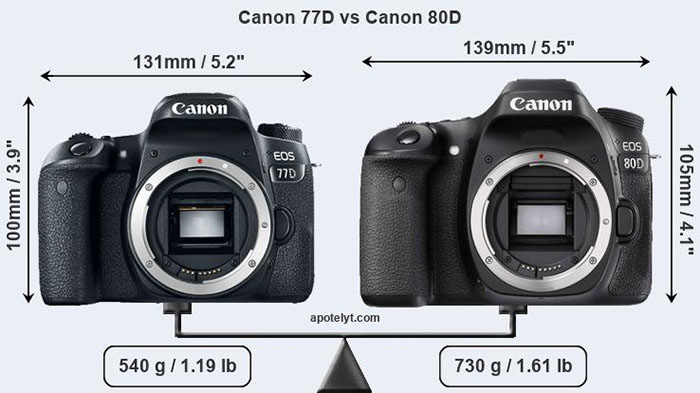 This is not a huge size difference but may bother those with smaller hands or for the photographer who is concerned about portability. The bigger differentiator when it comes to the design of these two cameras is the weight.

This added weight can take its toll on long shoots and/or anytime where you have your camera in your hand during the entire shoot. 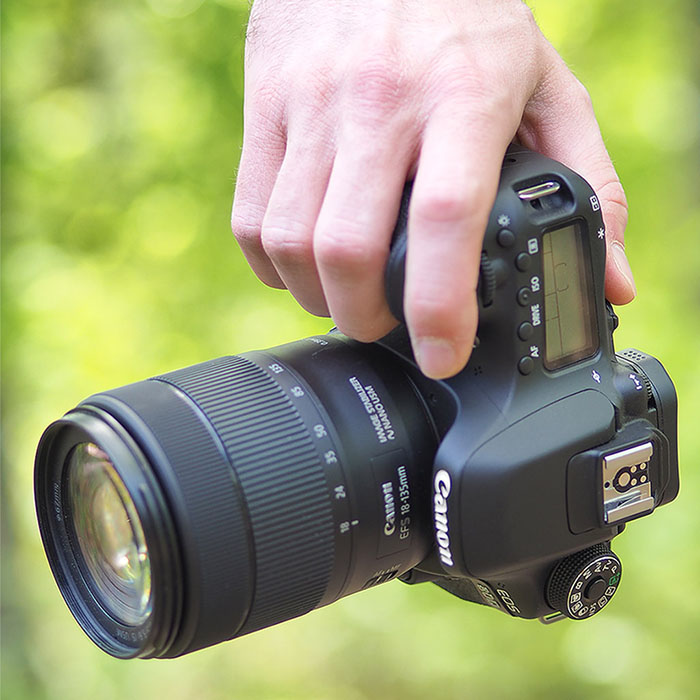 Where the 80D does win out, though, is on battery life. The 80D can take an impressive 960 shots on one battery charge vs. just 600 shots on the 77D. While both cameras can shoot more on one battery than many cheaper DSLR models and even mirrorless models, the 80D is the clear winner when it comes to battery life.

So if you need a camera that will last a long time on one battery, and want to cut down on the number of batteries you need to bring to your next shoot, the 80D is the choice for you.

Another big differentiator between the 77D and 80D is the continuous shooting speeds on each of these cameras. Shooting at 7 fps, the Canon 80D is able to handle a full 1 fps more than the 77D at 6 fps.

This may not seem like a big difference to some, but for those photographers who are in sports or wildlife photography, that extra frame per second can mean the difference between capturing a key moment in crisp detail or missing it entirely. Wedding and event photographers will likely appreciate the shooting speed as well so they can make they capture a vital moment as clearly as possible.

For photographers who need a fast camera, the 80D is the clear winner.

For landscape and nature photographers, or just anyone who wants to be able to use their camera outside in wet and/or rainy conditions, the 80D will be the best choice between these two models. 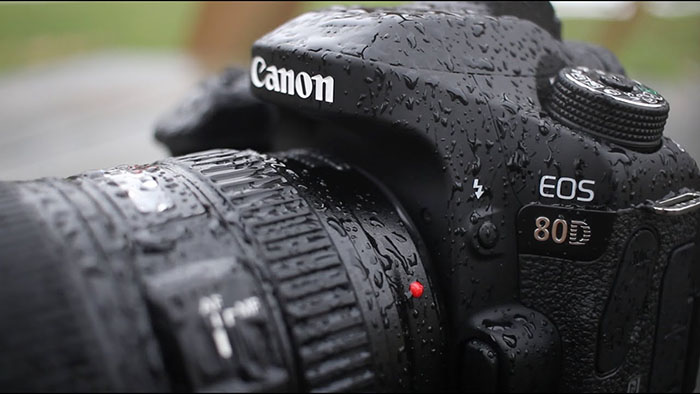 The Canon 80D camera body is weather-sealed, meaning it will be resistant to rain and wet conditions (not completely waterproof), while the 77D is not.

While both camera models are equipped with built-in wireless connectivity, oddly missing on the newer Canon 80D is Bluetooth connection. The older Canon 77D, does have Bluetooth, however.

So if you want the ability to use your camera with a Bluetooth device, go with the 77D.

Being released in 2017, the Canon 77D can be hard to find new, but there many used options out there. If you’re considering buying used, the Canon 77D is definitely the winner on price.

If price is a concern, and you want to secure the cheapest camera possible between these two models, then the 77D is the best choice for you.

Ultimately, both of these two models, the Canon 77D and 80D are very similar cameras, which is to be expected being released not too far apart and relatively close in price. Both cameras have a touchscreen LCD that is 3” in size, full HD video recording (but no 4K), built-in flash, a microphone port, 24 megapixels, the list goes on.

The big differences are in the size and weight of these two cameras, Bluetooth connectivity, shooting speed, and battery life.

If you’re a sport, wedding, event, wildlife, or any other photographer who needs the fastest camera possible to capture critical moments, then the 80D is your best bet. While priced slightly higher than the 77D, the higher fps and shutter speed will provide you with the best tool to capture fast-moving objects. Additionally, the performance in battery life will ensure you don’t run out of juice mid-shoot.

However, if you’re concerned about price, require Bluetooth connectivity, or want the lightest, most compact camera between the two models, the 77D will be the camera for you. Its smaller design and weight will make carrying this camera easier on you throughout your shoots and easier to pack. Which will be nice, since you’ll save nearly $100 to $150 on this camera (when buying used), so it’ll offset the added weight in your wallet (metaphorically speaking of course :))