In this post, we break down the differences between two of Canon’s most popular entry-level cameras, so you can decide which is the best model for you.

The Canon T6 and the Canon T7 are both camera models from Canon’s entry-level line of DSLR cameras. Both are targeted towards beginners and enthusiasts who are ready to step into DSLR photography.

The Canon T7 was released two years after the Canon T6 making it the newer model, but each of these cameras has its own set of features to compare. Price is the biggest difference between the two models, but there are other reasons you may choose one over the other.

At a glance, these cameras look extremely similar. That’s why in the article, we break down the key details, as well as provide an in-depth comparison to help guide your decision.

While the specs can give you an idea of what each camera is equipped with, this detailed comparison will help demonstrate how these features function during camera usage. Since both of these models are entry-level, they both feature a broad range of functions to help introduce users to DSLR photography.

The Canon T6 precedes the Canon T7 by two years, and per Canon tradition, these models take features from previous-generation higher-end models. With this in mind, both of these cameras are tuned to meet the needs of beginner photographers.

Rather than having a group of features focused on catering to one specialty, these cameras do a great job at offering an array of options to help photographers become acquainted with DSLR photography.

At a glance, these camera bodies look identical. The Canon Rebel series has a classic design, and both the Canon T6 and the Canon T7 follow the same pattern.

Both of these models have external dimensions of 129 x 101 x 78mm. The Canon T6 weighs 485g, whereas the Canon T7 comes in slightly lighter at 475g. While weight does play a role in decision making, the slight difference between these models is probably not noticeable.

Both cameras feature a 3’’ fixed screen, so neither are flexible for shooting at odd angles. The Canon T6 and the Canon T7 also do not feature touch screen technology.

Another similar aspect of these cameras is their lens mount. Both cameras use an EF/EF-S mount, which provides users 326 lenses to choose from.

Neither camera has a weather-sealed body, and this is important for anyone who wants to take outdoor or nature shots. These cameras are fine to use on clear, sunny days, but you will have to be careful in other conditions.

This autofocus system is perfect for helping amateurs learn the ropes, so it is best used with still subjects instead of action shots. It is also important to keep in mind that the autofocus system slows down in lower lights situations.

As for continuous shooting speeds, these models both feature 3.0 fps. This lower number means these cameras are best used for daily photography, and the slow continuous speed may hinder action shots.

Overall, neither model has an advantage over the other with these features. They are both great cameras for stepping into DSLR and becoming familiar with autofocus and continuous shooting speeds.

The Canon T6 and the Canon T7 are both known for taking great photos in quality lighting, especially with bright and clear conditions. For photographers interested in low light settings, both of these models have an ISO range of 100-6400 that expands to 12800 when needed.

Image Sample for the Canon T6: This ISO range provides users with options to change up the lighting for shoots, but the higher end of the ISO range tends to have a bit of noise. These cameras are best for daily photography and bright photography, but they still get the job done for low light shots.

Between both of these models, there is not much difference between image quality. They are excellent options for getting the hang of DSLR photography, and their features help beginners understand how the functions will affect image quality.

Image Sample from the Canon T7: 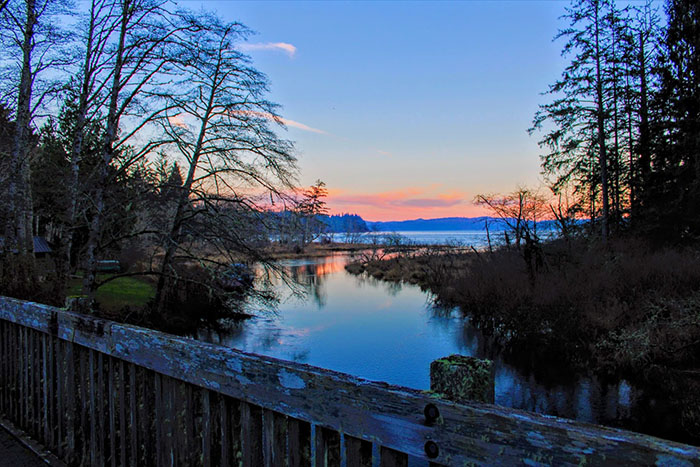 Most entry-level cameras only offer basic video features, and the Canon T6 and Canon T7 provide the ability to take casual videos. Both cameras can record Full HD videos with 1920×1080 resolution.

Neither camera offers an external sound option though, so videos featuring noise have to be recorded using the internal microphone. These cameras also lack built-in stabilization, so it is a good idea to try a tripod for smooth videos.

As for connectivity, both of these cameras feature the same abilities. They have a built-in wireless connection, which can be used to transfer images between devices. This also allows users to operate the camera remotely from a smartphone.

So which camera is the best option for you? At a glance, it is hard to see many differences between the two models. Canon has a solid grasp on producing entry-level cameras, and each newer release only slightly builds upon the last.

The designs of these models are interchangeable, but the Canon T7 does weigh less than the Canon T6. While this won’t make a huge difference to users, it does give the Canon T7 a slight edge.

Another plus for the Canon T7 is the added megapixels in its sensor. This does provide photographers more freedom during cropping and lets you print larger photos.

Both of these models feature the same autofocus system and continuous shooting speed, which are great for beginners. Their image quality is also almost interchangeable, but the bigger sensor of the Canon T7 may cause some differences in shots.

Overall, these are two solid cameras for entry-level photographers. The Canon T6 is cheaper than the Canon T7, so it is the best choice out of the two for the price. If you can find the Canon T7 on sale though, it is worth the upgrade for the sensor.